What`s Going on with this downtown (vacated) gas station 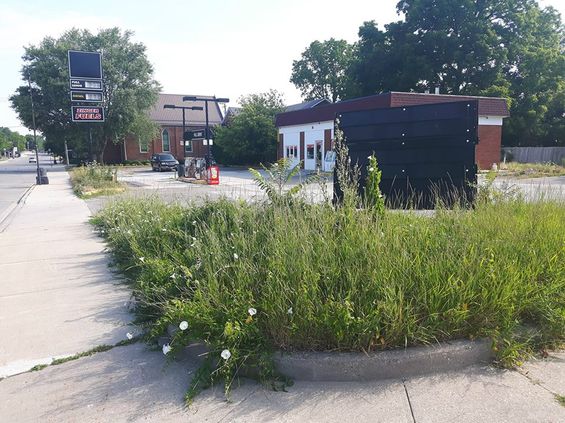 WHAT'S GOING ON WITH....this venerable old gas station first opened as a Texaco by operator Don Smith in the mid-1970's. Since then it's had many owner/operators that sold a variety of off-brand gasoline products. The most recent operators closed the gas station around May 15th/2018 and at that time the rumour mill was fully convinced that it had been sold and a new owner would open in a matter of days. A little more than two months have passed and the only change we are seeing is unsightly and overgrown flowers beds now taken over by weeds. Given that this property/building is main drag prominent it's important that we see a clean-up sooner rather than later.